Professor Hiroshi Takagi ( Laboratory of Applied Stress Microbiology ) will receive the JSBBA Award from the Japan Society for Bioscience, Biotechnology, and Agrochemistry (JSBBA) !! 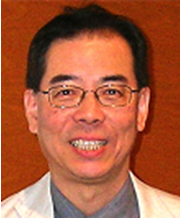 Professor Hiroshi Takagi (Laboratory of Applied Stress Microbiology) will receive the JSBBA Award from the Japan Society for Bioscience, Biotechnology, and Agrochemistry (JSBBA) entitled “Novel molecular mechanisms involved in stress tolerance and improved function of yeast”. This prize is awarded to members of with honorable research achievements in the field of Bioscience, Biotechnology, and Agrochemistry. An award ceremony and his award lecture will be held in Fukuoka on March 25, 2020. He is interested in cellular response and adaptation to environmental stresses using the budding yeast Saccharomyces cerevisiae, which is an important microorganism in basic science as a model for higher eukaryotes. Yeast is also a useful microbe in fermentation industry for the production of breads, alcoholic beverages and bioethanol. During fermentation processes, yeast cells are exposed to a variety of environmental stresses, including ethanol, temperature and osmotic pressure etc. Such stresses induce protein denaturation and reactive oxygen species (ROS) generation, leading to growth inhibition or cell death. Under severe stress conditions, the fermentation ability of yeast is rather limited. In terms of industrial application, stress tolerance is the key for yeast cells. So far, focused on stress-induced abnormal proteins, he has studied novel stress-tolerant mechanisms of yeast. For example, proline and arginine, finally nitric oxide, could enhance stress resistance of yeast by protecting normal proteins from ROS. The other mechanism is involved in repair or degradation of abnormal proteins via ubiquitin system.