Professor Kaz Shiozaki, Laboratory of Cell Signaling, was recently named as a Fellow of the Yeast Research Consortium by the Ohsumi Frontier Science Foundation (OFSF) and received 2-year research funding. The honor acclaims Shiozaki’s ingenious research proposal to uncover a novel mechanism that controls heat resistance of yeast cells. He was formally recognized at the OFSF awarding ceremony in Tokyo on December 16, 2019.

OFSF was established in 2017 by Dr. Yoshinori Ohsumi, a recipient of the 2016 Nobel Prize in Physiology or Medicine for his study of autophagy. OFSF recognizes and supports basic biological research rich in originality and foresight, aiming to contribute to underpinning science in Japan. 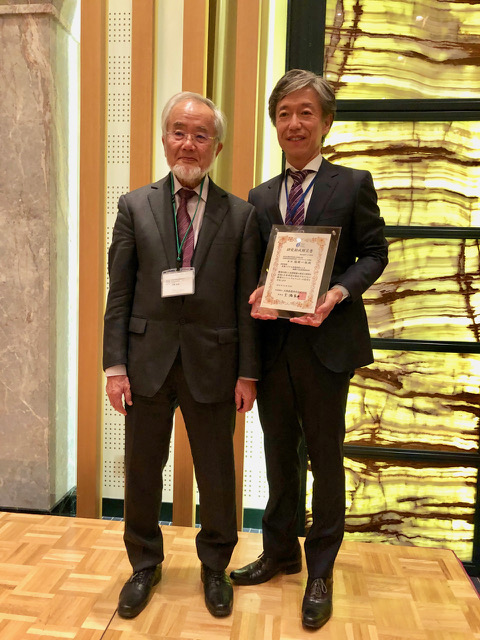