Revealing the complex network of proteins inside the microtubule from cilia.

Motion is the most essential feature of the living organisms. Cilia and flagella are thin structures protruding from the eukaryotic cell surfaces and drive their motions. They are not only important in single celled eukaryotes like ciliate Tetrahymena but also important for human body functions. The core structure of cilia and flagella are the bundled nine doublet microtubules (doublets). High resolution structure of the doublets has not been obtained so far.

In the normal microtubule from cytoplasm, which is composed of tubulins as doublet, there is no proteins bound inside. In contrast, they found that there are numerous proteins bound inside the doublet tubulin lattice. These microtubule inner proteins (MIPs) were forming a complex network inside the doublet tubulin lattice. Since cilia and flagella have to withstand highly stressful environment with several tens of beating cycles per second, the network of the proteins is thought to stabilize the doublet microtubule structure from the inside.

Because of the high resolution achieved, they were able to identify one of the components of this protein network as Rib43a protein by tracing the structure. Rib43a was previously shown to be bound to the doublet but its exact localization hasn’t been shown. In their structure, Rib43a was going into the taxol-binding pocket of the tubulin. Taxol is a small molecule which stabilize the microtubule structure. Thus, Rib43a is thought to stabilize the tubulin lattice of the doublet similarly as taxol.

From these results, the molecular mechanism of how MIPs stabilize the doublet tubulin lattice was revealed for the first time. 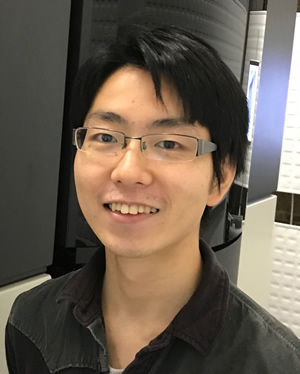 Cilia are microscopic molecular machinery which drives the motion of the cells. We obtained the 3D structure of doublet microtubule from cilia with the highest resolution so far. By doing so, we have demonstrated that there is an intricate network of proteins inside the tubulin lattice of the doublet. It is surprising that such a complicated protein network exists in a tiny confined space of microtubule and it shows the depth of life phenomenon. From now, we want to further understand functions of these proteins one by one. This work was achieved by the collaboration with the member of McGill University and Shintaroh Kubo from Kyoto University and I’d like to thank them here.

Title : Tubulin lattice in cilia is in a stressed form regulated by microtubule inner proteins

Journal : Proceedings of the National Academy of Sciences of the United States of America