Self/non-self recognition is a fundamental requirement of life as represented by immune system in vertebrates. Plants also use such a self/non-self recognition system, known as self-incompatibility (SI), to prevent inbreeding. The research groups of Prof. Seiji Takayama at Nara Institute of Science and Technology (NAIST; President Naotake Ogasawara) and of Prof. Kentaro K. Shimizu at Zurich University have revealed that Patunia, a member of the Solanaceae family (Nightshade family), use a SI system in which stylar "non-self" toxic proteins, S-RNases (S-ribonucleases), are detoxified by a collection of 16-20 different F-box proteins, SLFs (S-locus F-box proteins), expressed in pollen. Researchers also found evidence of gene duplication and gene conversion events, which they suggest are essential to the constitution of this "non-self" recognition system.

These findings demonstrated that the plants have adopted a "non-self" recognition system similar to immune system in vertebrates. This system will provide a unique opportunity to study and model the evolutionary dynamics of co-evolving interacting genes. Understanding this system will also lead to new technologies to control plant reproduction in breeding. 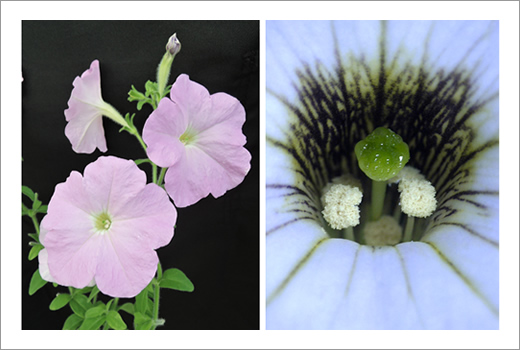 Fig.1 Flower of Petunia hybrida (left) and its closeup (right).

Related Link
The paper is published in the Journal below.
http://www.nature.com/articles/nplants20145