The Umesono Prize has been awarded annually since 2004 to young researchers in Graduate School (Division) of Biological Sciences at NAIST who significantly contributed to biological sciences during his/her years at the institute. The prize is awarded to young researchers with a bright future to follow in the footprints of Dr. Umesono, who enriched us with his personal and intellectual generosity. His spirit continues to inspire us and light our way. The award is mainly based on the originality and academic value of a paper which the awardee wrote as a first author. 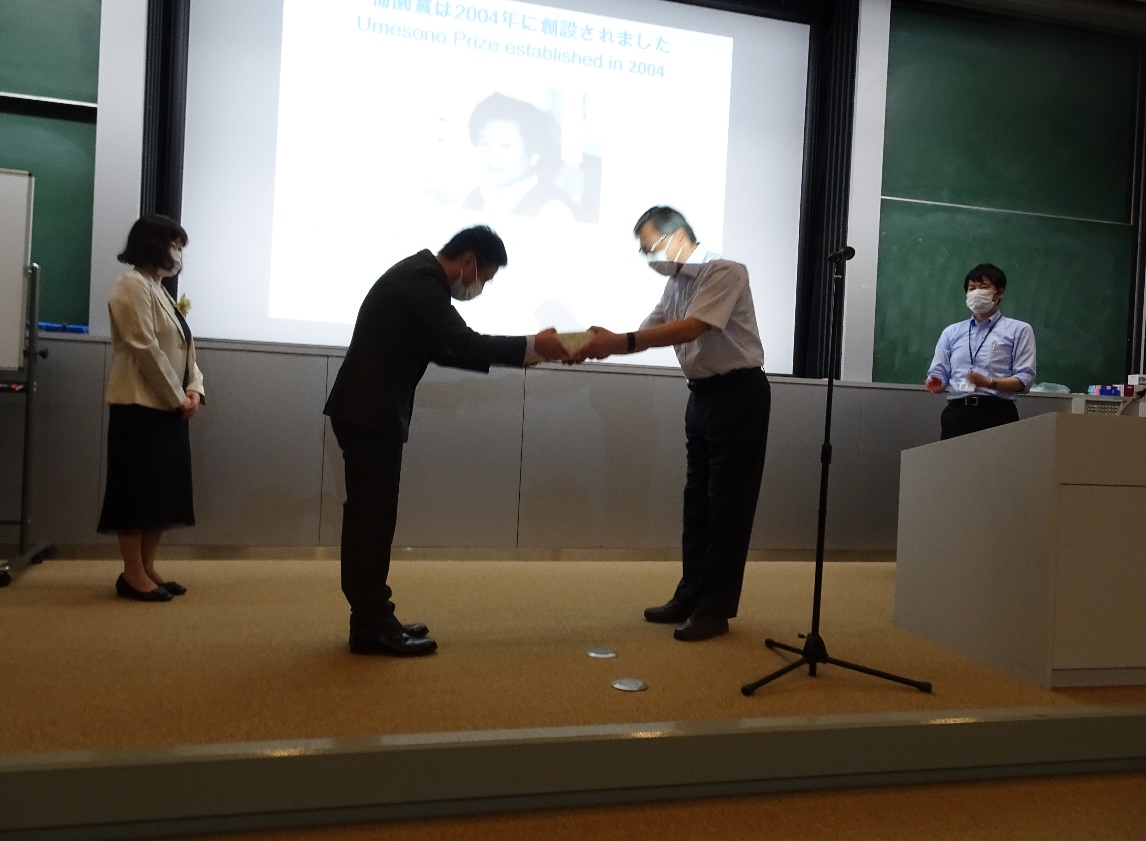 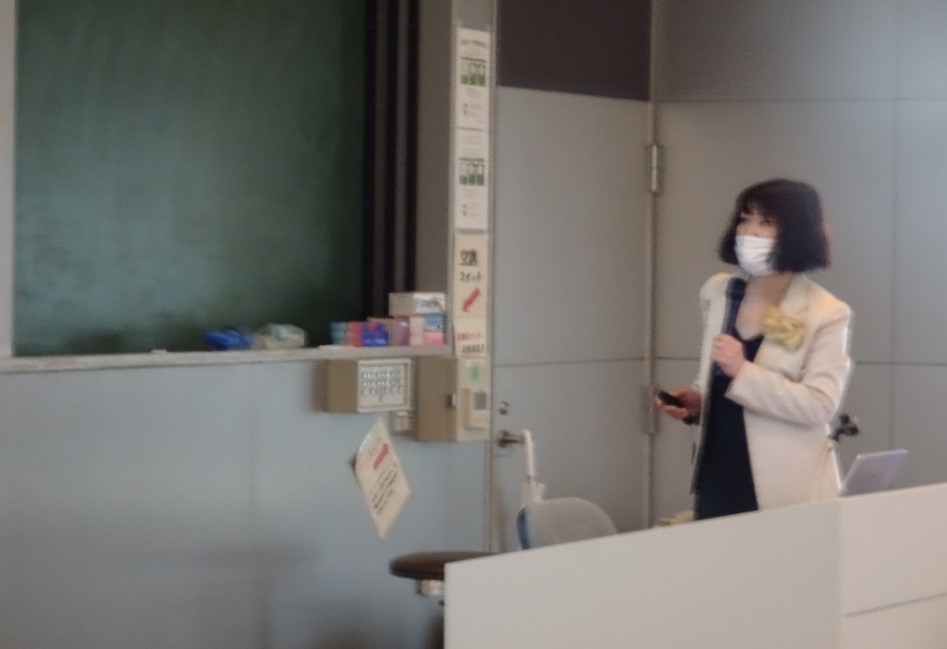 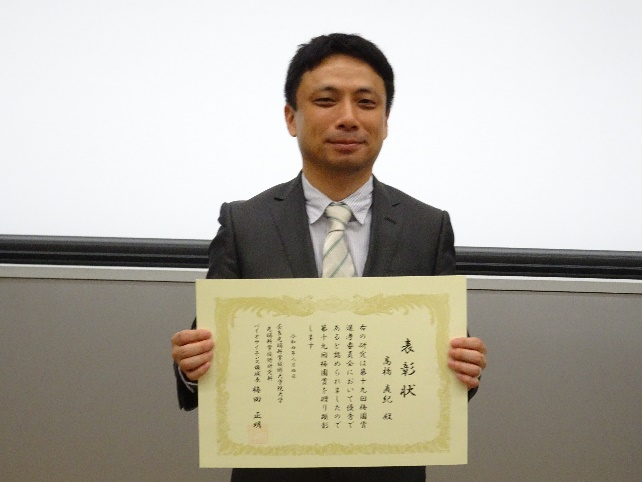 Abstract:
Maintenance of genome integrity is crucial for proper growth and development. Eukaryotic cells deploy the mechanism of DNA damage checkpoint, which ensures DNA repair by arresting the cell cycle and provokes cell death to eliminate genetically damaged cells. In plants, to strike a balance between genome maintenance and organ development, plants trigger distinct DNA damage responses according to cell types in tissues. It has been shown that in Arabidopsis roots, DNA double-strand breaks (DSBs) indue cell cycle arrest at the G2 phase in the root tip, cell death in stem cells, and an early transition from cell division to endoreplication in the basal part of the root apex. These responses replenish stem cells and reduce the number of meristematic cells, thereby contributing to the maintenance of genome integrity and enabling continuous root growth. However, the mechanisms that govern these distinct DNA damage responses in a spatiotemporal manner have remained unknown. We revealed that DSBs enhance biosynthesis of the plant hormone cytokinin through the DNA damage signaling pathway, and inhibit the downward flow of another hormone, auxin, in Arabidopsis roots. The resultant decrease in the auxin level induces cell cycle arrest at G2 phase and stem cell death, whereas elevated cytokinin signals in the basal part of the root apex promote an early onset of endoreplication. These findings show that combinatorial control of plant hormones coordinates distinct DNA damage responses, thereby maintaining genome integrity and eliminating damaged stem cells to ensure sustainable root growth.

Research Title:
Discovery of the novel extracellular vesicles from filopodia 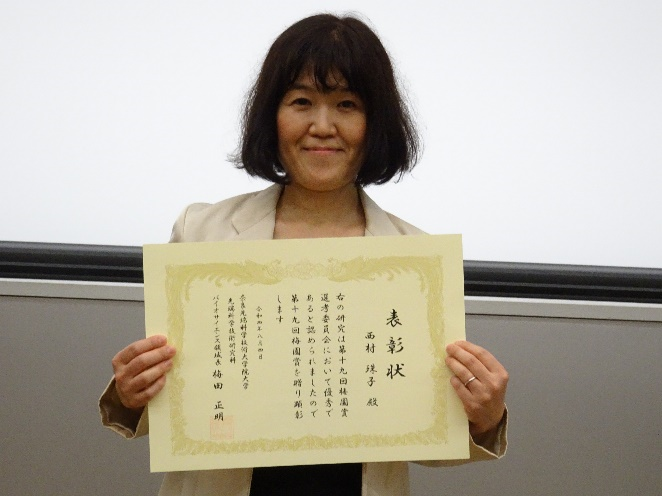 Abstract:
Extracellular vesicles (EVs) are small membrane vesicles that are secreted from cells and contain various molecules, including proteins, miRNAs, and mRNAs. EVs stimulate the recipient cells in the vicinity of the producing cells or in the tissues that locate distantly by traveling in the body fluids. Particularly, EVs are shown to play significant roles in morphogenesis, immune cell activation, and stemness of pluripotent cells. EVs are also involved in various diseases, such as cancer and neurodegenerative disease. EVs from cancer cells sometimes promote cell proliferation, invasion, angiogenesis, and metastasis.
EVs from living cells are classified largely into 2 categories, one is endosome-derived EVs, and the other is plasma membrane-derived EVs. The endosome-derived EVs are often referred to as exosomes and have been extensively studied. In contrast, there are limited studies on the biogenesis and physiological roles of plasma membrane-derived EVs.
We recently found that the I-BAR protein MIM, which deforms the plasma membrane for protrusions of filopodia, is involved in the EV biogenesis. The filopodia having MIM were found to be more fragile and can be a source of EVs. Moreover, MIM-dependent EVs were found to enhance the migration of the recipient cells, including cancer cells.
Therefore, the EVs produced from the I-BAR protein-induced filopodia are novel signal-transducing vesicles that carry the molecules on the filopodia, by directly transmitting them to the recipient cells to modulate their behaviors.